I had added The Hurt Locker to my DVD queue again and received it just in time to savor over this weekend, after having spent lots of time watching the TV coverage of our astonishing kill of Bin Laden.  You might not think an old hippie like me (“peace, ‘yall”) would go in for that sort of thing, but I am quite happy about the event and super-proud of our brave troops.  And I stay mesmerized by the movie, The Hurt Locker, because it reaches me on different levels: the mom, the daughter, the survivor of fallout from the Viet Nam war at the hands of a broken Vet; the peace-nik, the blood thirsty revenge wanting citizen who will never forget where she was on the morning of September 11, 2001; the war-weary voter who wanted change.

I worry about how our men and women will be able to adjust to life back in the States, and I thought, since we have so much devastation and poverty and unemployment and drugs and homelessness and crime, can we create opportunities for our returning warriors, and ourselves by rebuilding all our broken parts right here in America?

In the meantime, I had been trying to catch the fleeting, tender, pitiful and brave, little grin on Eldridge’s face in Hurt Locker, as he struggled to clean blood from  “the dead guy” off the ammo with his spit, as James patiently, reassuringly, coaxed him along.  It broke my heart.  I’ll probably watch the movie another 2-3 times before I ship it back in favor of some lighter entertainment…. 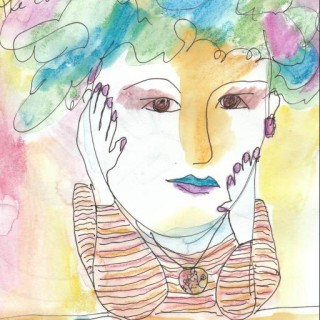 I've been on a journey to uncover and express my creativity and spirituality ever since I was a child, but it often seemed that I just "zigged when I should have zagged", as a dear family friend remarked. So I often submerged my quest which only led to confusion, bitterness, and misery! I believe there are many of us needing to connect, learn, share, teach, write, create, admire; be allowed to whine and gripe for 10 minutes, and then get busy making our shared destiny into something bigger, more powerful, than ourselves.